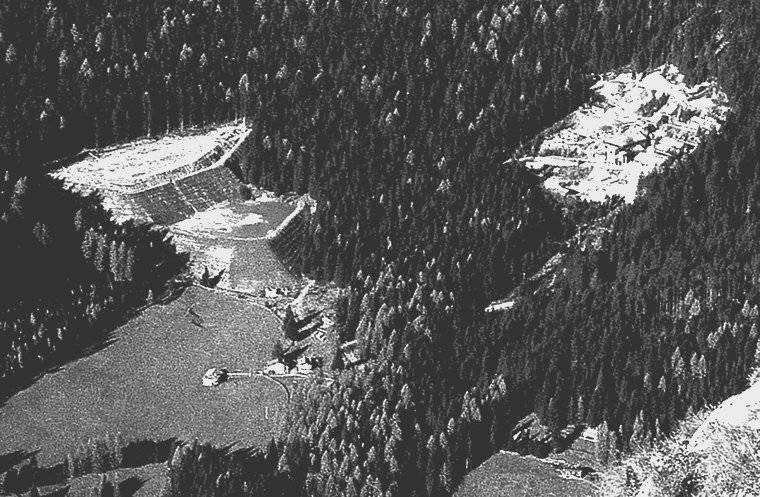 The reason for the collapse

The collapse was caused by the chronic instability of the dams, especially the upper one, which were below the minimum factor of safety required to avoid failure.

In particular, the causes of instability were found to be as follows: 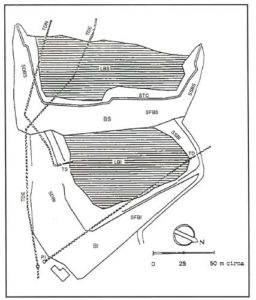 The report by the Ministerial Commission of Inquiry – appointed on July 24th 1985, by decree of the President of the Council of Ministers and inducted by the minister for the civil defence at the time, Giuseppe Zamberletti – states the following:

“Even a rough morphological analysis of the ground on which the Prestavèl decantation basins had been placed, aside from any consideration whatsoever about their environmental impact, can immediately prove that no other siting could be less appropriate for the basins at issue.”

“Such a macroscopic error in the choice of the location can only be justified by poor general consideration, as it was shown at the time by industries and land management departments in regard to environment safeguard and social security.”

Failure to carry out checks

Over a period lasting more than 20 years, the tailings dams underwent no serious stability checks whatsoever by the mining societies in charge or any other monitoring by Public Departments obliged to supervise safety levels in order to guarantee safety to the mines and nearby communities.

In 1974, the Municipality of Tesero asked for checks to be carried out in order to assess the safety of the dams. The Mine Bureau of the Autonomous Province of Trento entrusted the licensed company (Fluormine, which belonged to the Montedison and Egam groups at that time) with the task of carrying out these checks. They were performed in 1975.

Although a number of vital checks were not made, it was established that the inclination of the bank of the upper basin was “exceptional” and that its stability had been taken “to the limit”.

In his first report, the technician carrying out the checks goes on record as saying: “it’s hard to believe that the dams are still standing”. In any case, Fluormine’s response to the Mine Bureau, and the latter’s response to the Municipality of Tesero was positive. This was followed by more waste being poured into the basin, marked by a lower degree of inclination.

It was bound to collapse

The ministerial Commission of Inquiry and the experts appointed by the Law Court of Trento ascertained that “the settlement system as a whole constituted a continuous threat looming over the valley.”

“The system collapsed because of the way it was designed, built and managed. It did not provide the security margins that society expects of constructions which may threaten the existence of entire communities.”

“The upper bank was bound to collapse as a result of the slightest alteration to its precarious stability”.