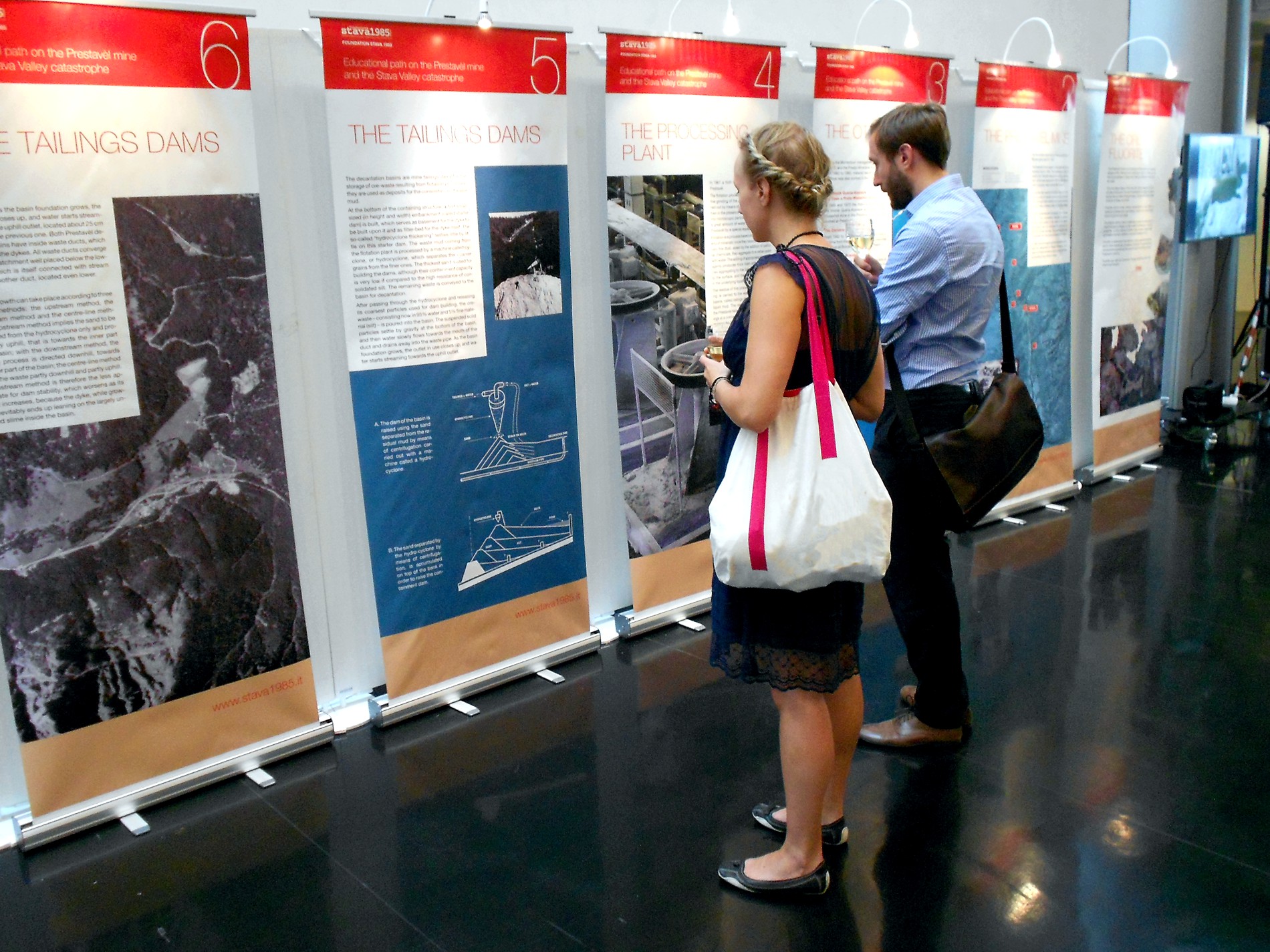 The travelling exhibition proposes the contents of the educational path organized at the Stava 1985 Information Centre.

By means of short texts and pictures, the following aspects are shown:

The travelling exhibition/educational path was created under the patronage of the National Group for the Defence against Hydrogeological Disasters of the Italian National Research Council and the University of Modena and Reggio Emilia (Department of Earth Sciences), with the support of the Autonomous Province of Trento, the Emilia-Romagna Region, the Lombardy Region and the Municipality of Tesero.

The Stava 1985 Foundation takes care of the elements of the travelling exhibition and organizes the transport, setting up and dismantling of the panels (sometimes by using an express courier).

To complete the information provided by the travelling exhibition it is possible to organize other events such as: