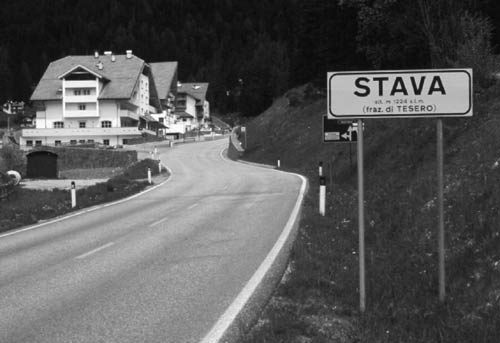 The area affected by the mudflow was reclaimed immediately after failure whereas the area where the tailings dams stood was reclaimed three years later.

By means of a decree passed shortly after the disaster, the Italian State announced the allocation of the necessary funds for reconstruction.

The funds were distributed to the heirs of the victims and owners of properties, whose buildings and companies had been destroyed during the disaster and who intended to re-start their businesses and re-build their homes.

Funds were allocated in anticipation of compensation for damage whilst Public Institutions took over the payment of damages to be reimbursed at a later date by those responsible for the disaster. The sums anticipated by the State were eventually reimbursed in 2004 by the firms and agencies liable for damages.

Financial contributions for reconstruction were given out on the basis of the volume of the buildings destroyed. In addition, it was stipulated that these funds had to be used for rebuilding in the territory of Tesero Municipality and that regular invoices for the reconstruction works had to be produced.

Historically, the buildings in via Molini, namely mills (“molini” is old Italian for mills), saw-mills and carpenters’ workshops, were erected along the banks of the river in order to use the water power for their machines.

The reconstruction was completed in about 15 years. Now we have a new and intact Stava Valley. Of the original Stava Valley only photographs are now left, and the memory of those who knew it as it used to be.