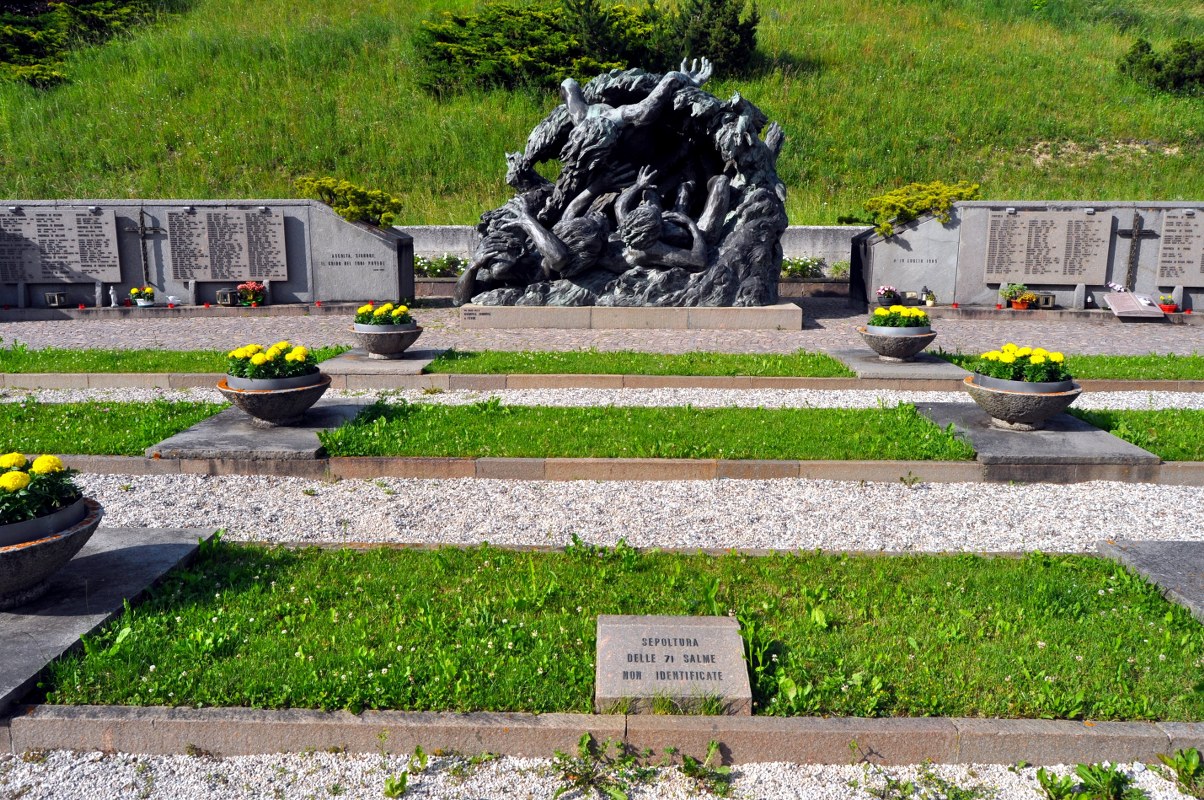 On Sunday 21st July 1985, the Archbishop of Trento Alessandro Maria Gottardi and the Cardinal of Milan Carlo Maria Martini, in the presence of the President of the Italian Republic Mr. Francesco Cossiga, concelebrated the funeral service for all the victims of the Stava catastrophe.

Soon after disaster, the Autonomous Province of Trento allocated the first relief fund of 3 billion Lire.

On the third anniversary of the Stava disaster, the people of Vaiont presented the survivors of the Stava valley with the monument located in front of Stava Church. Another monument was presented by the inhabitants of the Fiemme valley and is located in the cemetery where most of the victims were buried, near the church of San Leonardo in Tesero.

On 17th July 1988, Pope John Paul II paid a visit to the sites of the Stava catastrophe.

In 1991, on the anniversary of the catastrophe, an evening in memory of the Stava valley victims was organised for the first time. Since then, the event has been held every year.

On 22nd June 1992, the Supreme Court issued the sentence that was the final step in criminal procedure.

In 1995, on the tenth anniversary of the Stava disaster, three information panels on the causes and responsibilities of the Stava catastrophe were placed in various points of the valley and the book entitled “Stava perché” was published. 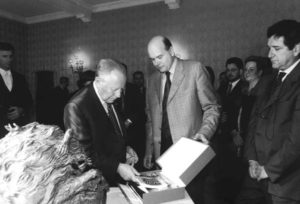 On 7th February 2002, the Stava 1985 Foundation was established by notary deed.

In 2003, the book “A review of the scientific contribution on the Stava Valley disaster, Italy” was published. This book, sponsored by the Italian Research Council, collects articles on the Stava failure written by several scientists from different countries in the 1985 to 2003 period.

In 2003, the docu-fiction film “Stava 19th July” was made. On request, this film is projected also in English at the  Stava 1985 Information Centre.

In 2003, the Stava 1985 Information Centre in Stava was inaugurated. It offers various information displays to explain the origin, causes and responsibilities for the 19th July 1985 catastrophe. All information material and panels are available also in English.

In May 2004, in collaboration with the Stava 1985 Foundation, National Geographic produced a documentary film on the Stava valley catastrophe. This documentary was broadcast all over the world. On request, this film is projected also in English at the Stava 1985 Information Centre.

In 2004, compensation for damages of over 132 million Euros was allocated to 739 damaged persons by Edison, Eni-Snam, Finimeg and Trento Autonomous Province.

In September 2004, in collaboration with the Stava 1985 Foundation, History Channel produced a documentary film on the 19th July 1985 catastrophe. On request, this film is projected also in English at the Information Centre Stava 1985.

In 2005, the 20th anniversary of the Stava disaster was dedicated to the rescuers who were engaged in the rescue operations and recovery of the bodies.

On 11th April 2006 the Directive 2006/21/ EC of the European Parliament and of the Council on the management of waste from the extractive industries was published in the Official Journal of the European Union.

On 20th November 2006, officers of the Stava 1985 Foundation met the emeritus President of the Italian Republic Mr. Carlo Azeglio Ciampi in Rome. 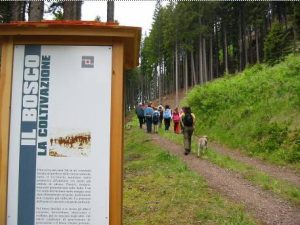 In 2007, the nature trail and educational footpath winding through the woods of the Stava valley was inaugurated.

In 2008, the anniversary of the Stava catastrophe was dedicated to the memory of Pope John Paul II, on the twentieth anniversary of his visit to Tesero and Stava.

In 2008, a documentary film and a book entitled “Sgorigrad-Stava. Identical disasters” were produced. Both describe the analogies between the Sgorigrad disaster in Bulgaria and the Stava disaster. The film and the book are in Italian, Bulgarian and English.

On 9th June 2009, the guide book “The Discovery Mountain”, written in Italian, English and German, was presented.

From March 20th to 22nd 2010, the Stava 1985 Foundation participated in The International Forum on Telling Live Lessons from Disasters in Kobe (Japan). The Foundation was represented by its scientific advisor, Professor Giovanni Tosatti, who made a presentation entitled “Lessons learnt from the Stava valley disaster of July 19th 1985”, focused on the causes and responsibilities of the Stava disaster and on the initiatives carried out by the Foundation.

From 3rd to 6th June 2010, the Stava 1985 Foundation presented a report at the International Congress “Theory and Practice of Geomechanics for the Effectiveness of Mining Production and Construction” which was held in Varna (Bulgaria).

On 1th July 2010, the International Alexander Langer Award was granted to the Stava 1985 Foundation.

The reasons for the award

In 2010, on the 25th anniversary of the Stava disaster, a book was published which describes the events occurring in the 25 years since the disaster and a permanent photographic exhibition on the terrace of the Stava 1985 Information Centre  was inaugurated. Furthermore, a theatre piece explaining the origin, causes and responsibilities of the catastrophe was staged. The short film “Ricordi Stava” was also presented. This film is the result of 107 video-interviews with eye-witnesses of the disaster, relatives of the victims and other persons involved in the aftermath for a total of 85 hours of shooting, which have been summarized in a short tale.

In April 2011, the chairman of the Stava 1985 Foundation payed a visit to Kolontár and Devecser in Hungary and Sgorigrad in Bulgaria, where disasters similar to the Stava catastrophic failure took place. In Sophia, he was received by the Italian Ambassador in Bulgaria.

On 1st June 2011, the Italian Parliament unanimously approved a law which established the National Day in Memory of the Victims of environmental and industrial disasters caused by man.

On 19th July 2011, anniversary of the Stava disaster, the mayor of Kolontár Mr. Károly Tili together with the vice-mayor of Devecser Mr. László Kovács and the deputy to the Hungarian parliament Mr. József Ékes, reciprocated the visit payed by the chairman of the Stava 1985 Foundation in the previous month of April in the places affected by the Kolontár incident.

On 11th and 12th February 2012, during the International Conference “Redesign”, held at the University of Technology and Economics of Budapest, the chairman of the Stava 1985 Foundation gave a speech in English on the reconstruction in the Stava valley.

On 15th July 2012, a trekking expedition was organised from the Pietralba Catholic shrine to the San Leonardo cemetery at Tesero to commemorate the pilgrimage of Pope John Paul II to Pietralba, Stava and Tesero on 17th July 1988.

In 2012, on the anniversary of the disaster, the square in Stava in front of the Foundation Centre was named “piazza Sgorigrad” in memory of the tailings dam catastrophe that struck the village of Sgorigrad in Bulgaria on 1st May 1966. This was done to strengthen the brotherhood between the community of Tesero/Stava and the community of Vratza/Sgorigrad, which had already renamed a square in Sgorigrad “piazza Tesero”.

On 19th July 2012, the Assembly of the Association of the Relatives of the Victims of the Stava valley unanimously approved a modification of the statute which, besides choosing the new name “Associazione 19 luglio val di Stava”, grants the possibility of joining the association to all those who share its goals, even if they were not directly affected by the Stava disaster.

In 2013, the anniversary of the Stava catastrophe was dedicated to the Blessed Karol Wojtyla on the 25th anniversary of his visit to Tesero and Stava.

In 2014, on the anniversary of the Stava catastrophe, an information panel was inaugurated explaining the causes and responsibilities of the two disasters that struck the Cermis cableway in 1976 and 1998, respectively. The panel was installed on the panoramic point along the Remembrance Footpath on Mount Prestavèl. 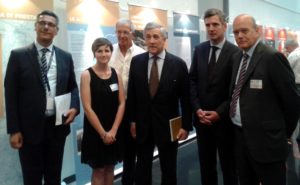 From 6th to 10th July 2015, the Stava valley industrial and environmental disaster was remembered with an exhibition at the seat of the European Parliament in Strasbourg.

In 2015, among many initiatives carried out for the 30th anniversary of the Stava valley catastrophe, worthy of note was the workshop on “Safety of earth structures: tailings dams, soil fills and landfills”. This scientific event was held in Stava on 16th, 17th and 18th July 2015 thanks to the initiative of the Order of Engineers of the Province of Trento, the Italian Geotechnical Association and the Stava 1985 Foundation, under the Sponsorship of the European Union, the Italian Ministry for the Environment, the Italian Research Council and the National Council of the Orders of Italian Engineers.

On 8th October 2015, the exhibition on “Genesis, causes and responsibilities of the Stava catastrophe” was displayed at the Chamber of Deputies in Rome.

On 20th September 2016, the twinning between the Municipality of Tesero and the Municipality of Samassi in Sardinia was officially formalised. Four young persons from Samassi, who worked in one of the Stava hotels during the 1985 summer season, perished in the disaster.

In 2019, the anniversary of the Stava disaster was dedicated to the memory of the four young persons from Samassi (Sardinia) who lost their lives in the 19th July 1985 catastrophic failure.

On 7th November 2019, the first theatrical representation of “19 LUGLIO 1985” was staged in Trento thanks to the initiative of the “Centro Servizi Culturali Santa Chiara”.

In the first months of 2020, the Stava 1985 Information Centre was closed to the public in compliance with the norms for the containment of the SARS-CoV-2 virus. The Centre opened again from 22nd June to 6th September with limited access of maximum 15 persons per 30 minutes.

Also the commemoration of the thirty-fifth anniversary of the Stava valley catastrophe took place in a minor key, respecting the restrictions aiming to avoid the spread of the SARS-CoV-2 virus. The only moment commemorating the anniversary was the Mass in honour of the Victims, which was celebrated on Sunday 19th July at 10.00 a.m. in the cemetery of the Victims near the church of San Leonardo at Tesero and presided over by the Archbishop of Trento Monsignor Lauro Tisi. The religious service was broadcast live on television and in streaming in order to allow everybody to follow the event even without being physically present at the cemetery.