« Reconstruction
The commitment of the relatives » 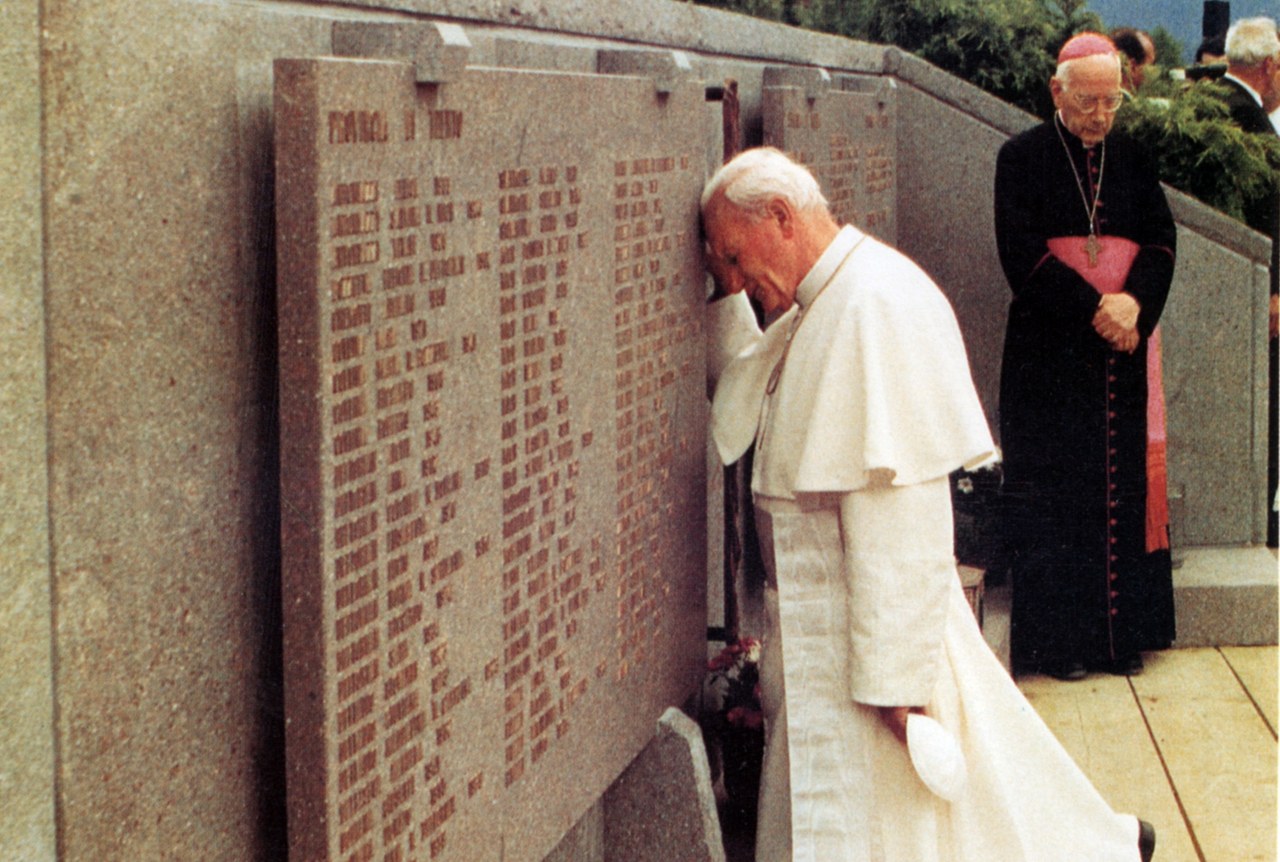 On 17th July 1988, Pope John Paul II paid a visit to the sites of the Stava catastrophe.

The Pontiff stood and prayed in the Church of San Leonardo and paid a visit to the cemetery of the victims. After kneeling down for some timeless minutes gripping the Cross, he had words of comfort for each of the relatives gathered around the three mass graves where the 71 unidentified bodies had been buried.

Afterwards the Pope went to Stava where he met the people of the village and several thousand pilgrims arrived for the occasion. A crystal plaque bearing the names of all the persons who lost their lives in the disaster was blessed by the Pope and was subsequently placed in the church of Stava.

In 1989 on the fourth anniversary of the disaster, the Association of the Relatives of the Victims of the Stava Valley Disaster published a book containing the most significant pictures of the meetings between the Pope and relatives of the victims and the people.

The book also collected the full texts of the sermons pronounced by the Pontiff and by the Archbishop of Trento, who also commemorated the memory of the victims on various occasions.