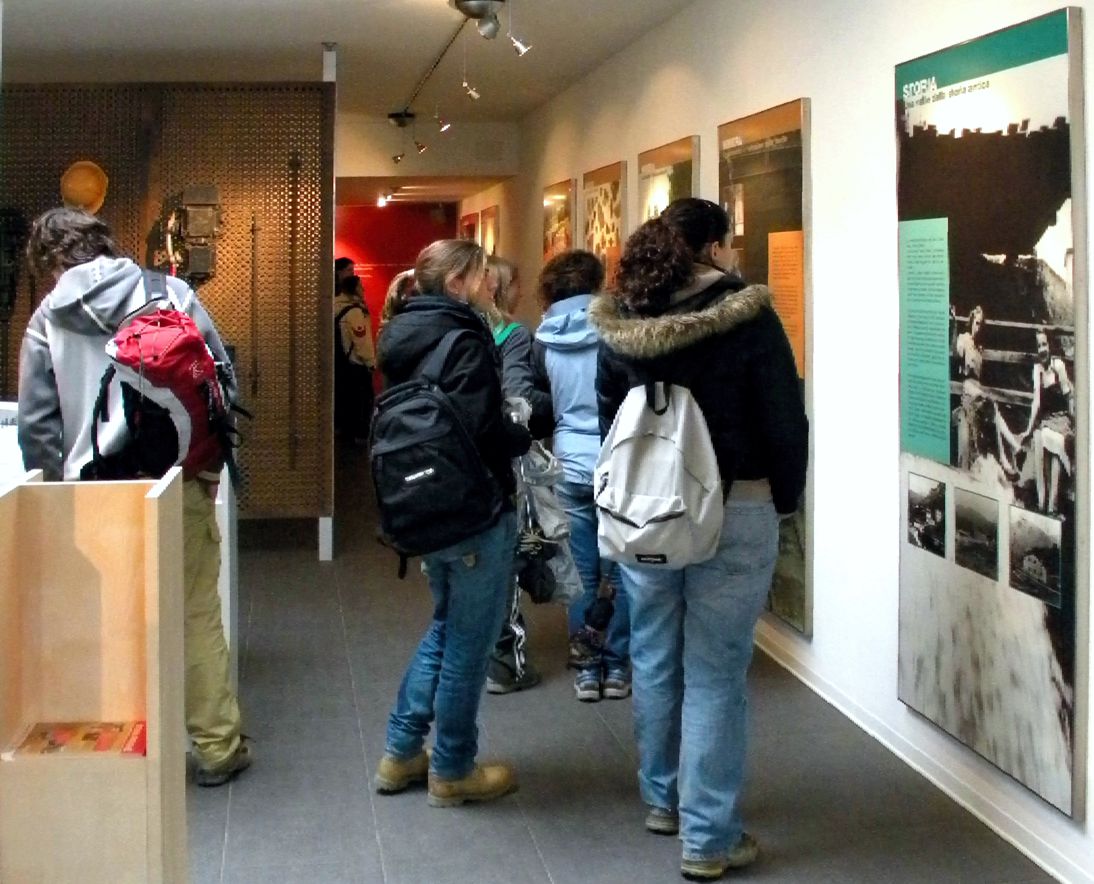 Inside the Information Centre, one can follow the pathway illustrating the history of the Prestavèl mine and the mineral enrichment facility, the construction and building up of the tailings dams from the early ‘60s up to their catastrophic collapse on 19th July 1985. Furthermore, the causes and legal responsibility for the collapse, the subsequent reconstruction in the Stava Valley and the factors in common with the disasters of Vaiont and Cermis are explained.

A special display case contains a number of objects related to the mining activities carried out at the Prestavèl mine. In addition, the plans of the mine and its facilities are shown on a horizontal plane and in section.

There is also an LCD screen showing footage shot from a helicopter in the immediate aftermath of the Stava Valley disaster.

In a special section devoted entirely to that tragic day, there is also a bronze model of the monument commemorating the victims of the Stava valley disaster. The monument is located at San Leonardo Cemetery in Tesero.

Ask for the texts of the educational pathway in English.

Further information in English is available in the reading corner.

The reconstruction and the analogies: