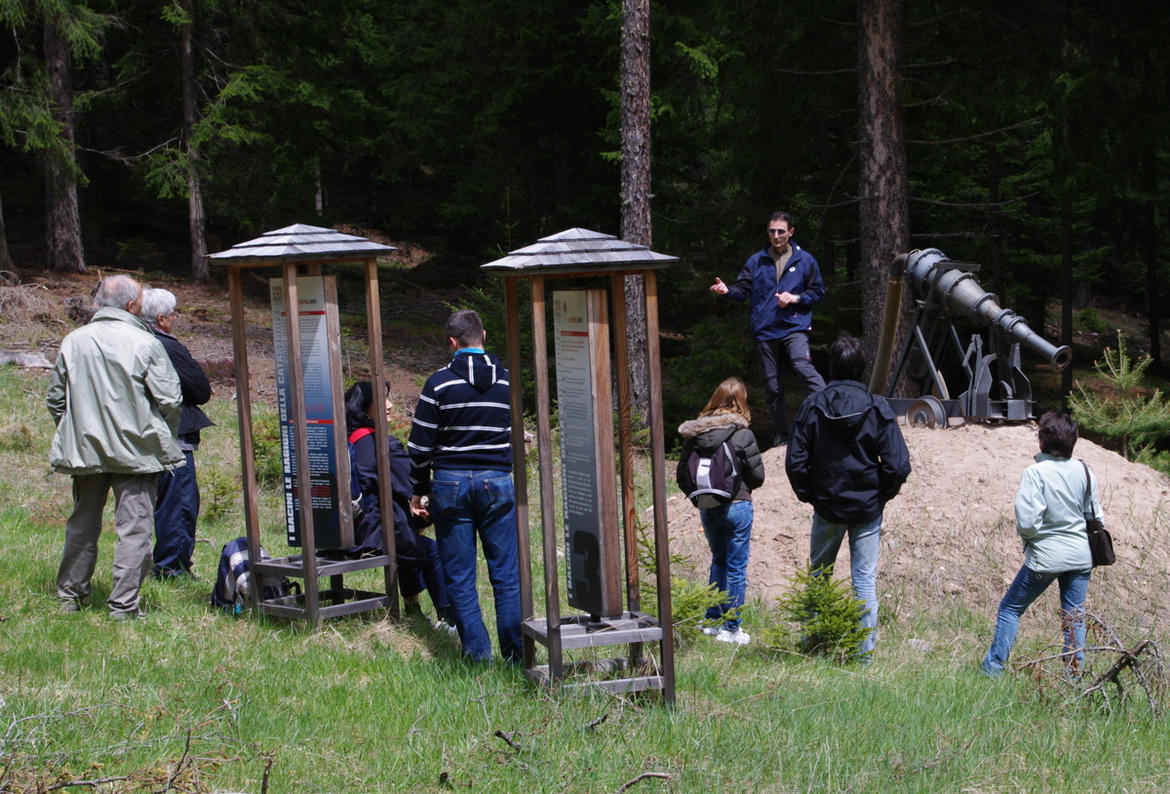 Starting from the Stava 1985 Information Centre in Stava, the Footpath leads to the areas where mining activities were carried out. It can be followed with the help of the “The Discovery Mountain” guidebook in English, Italian and German, which can be purchased at the APT tourist offices of the Fiemme Valley, the Stava 1985 Information Centre and the Stradivari Bar at Stava.

The Footpath has been equipped with explanatory panels set along its course. The same texts in English are found in “The Discovery Mountain” guidebook. The Footpath winds through forested areas, allowing the discovery of nature in the woods. Thanks to “The Discovery Mountain” guidebook, the centuries-old relationship between man and the mountains can be better understood.

The Footpath leads eventually to the water intake of the water-supply pipeline, to the entrance of the mine tunnel at 1550 m a.s.l., where fluorite-rich rock was extracted, to the abandoned mine facilities and to the site where the tailings dams stood, passing by a panoramic point over the Stava valley. From it, visitors can reconstruct the course followed by the catastrophic mudflow along the whole valley.

The Footpath requires two to three hours of easy walking. It is advisable to wear clothes and boots suitable for an excursion along mountain trails.

The Footpath can be followed also starting from the car park, shown by a large panel, near the bridge on the torrent Stava, along the road that leads to Pampeago.

The most interesting points of this route can be reached also with a half-hour walk from the Pramadiccio Pass, which is indicated by some panels along the road that from Stava leads to the Lavazé Pass.