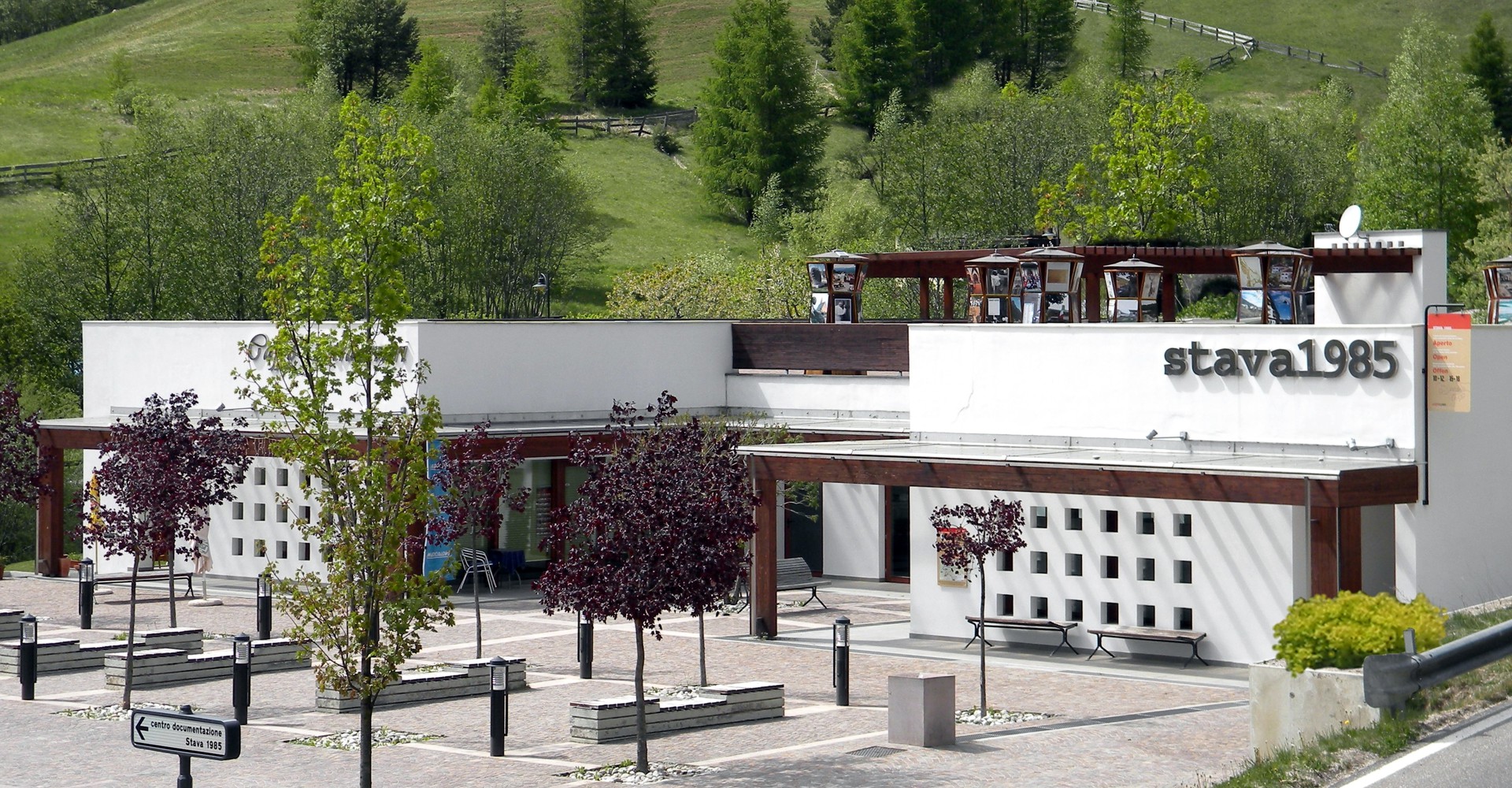 The Stava 1985 Information Centre, which is indicated by dedicated signposts, is located at Stava, in Sgorigrad square, Municipality of Tesero, uphill of the Stava hotels, along the road leading to Pampeago.

In front of the Centre, there is a large parking place for cars and buses.

The building where the Centre is located (property of the Municipality of Tesero) houses the 120 square metre educational pathway, the conference/projection room and the Foundation Headquarters.

In accordance with safety norms for museum activities issued for the containment of virus SARS-CoV-2 the access inside the building is allowed only with valid Covid Certificate.

Inside the Information Centre one can watch the “Stava 19 luglio” short film and follow the pathway illustrating the history of the Prestavel mine and mineral enrichment facility, the construction and building up of the tailings dams, the collapse of 19th July 1985, the causes and legal responsibilty for the collapse, the subsequent reconstruction in the Stava Valley and the factors in common with the disasters of Vaiont and Cermis.

The means of information

All the information means have been created moving from a deliberate objective approach. Their purpose is to stimulate reasoning, which, in turn, can lead to changes in the behaviour prevalent in the past, which caused the disaster.

The emotional aspect, although not neglected, is deliberately left in the background. The visit to the Stava 1985 Information Centre is accessible also to children if their parents or adult persons accompany them.

The visit to the Centre usually begins in the conference/projection room, with the projection of the short fictional documentary “Stava 19th July”. On request, the film is projected also in English. Moreover, it is possible to watch other documentary films in English.

The main room of the Centre hosts the 120 square metre educational pathway, which can be followed also with texts in English. This pathway explains the origins, causes and responsibilities for the 19th July 1985 catastrophic failure. In its final part, it lingers on the aftermath, the reconstruction and the analogies between the Stava disaster and the Vaiont and Cermis disasters.

The visit to the Stava 1985 Centre requires an hour to an hour and a half maximum.

Anyone wishing to know more about these subjects can purchase various books about the Stava valley catastrophe in English and Italian.

Ask to watch the film in English – Ask for the texts of the pathway in English.

The film and the educational pathway have been created under the patronage of the Italian National Research Council (CNR)/National Group for the Prevention of Hydrogeological Hazards (GNDCI) and the Department of Earth Sciences of Modena and Reggio Emilia University.

The “Stradivari” Bar, adjacent to the Centre, offers refreshments and quick lunches.

After visiting the Centre, it is advisable to pay a short visit at the “La Palanca” chapel in Stava, with the monument presented by the people of Vaiont and the crystal plaque which was blessed by Pope John Paul II, and at the Cemetery of the Victims near the Church of San Leonardo in Tesero.