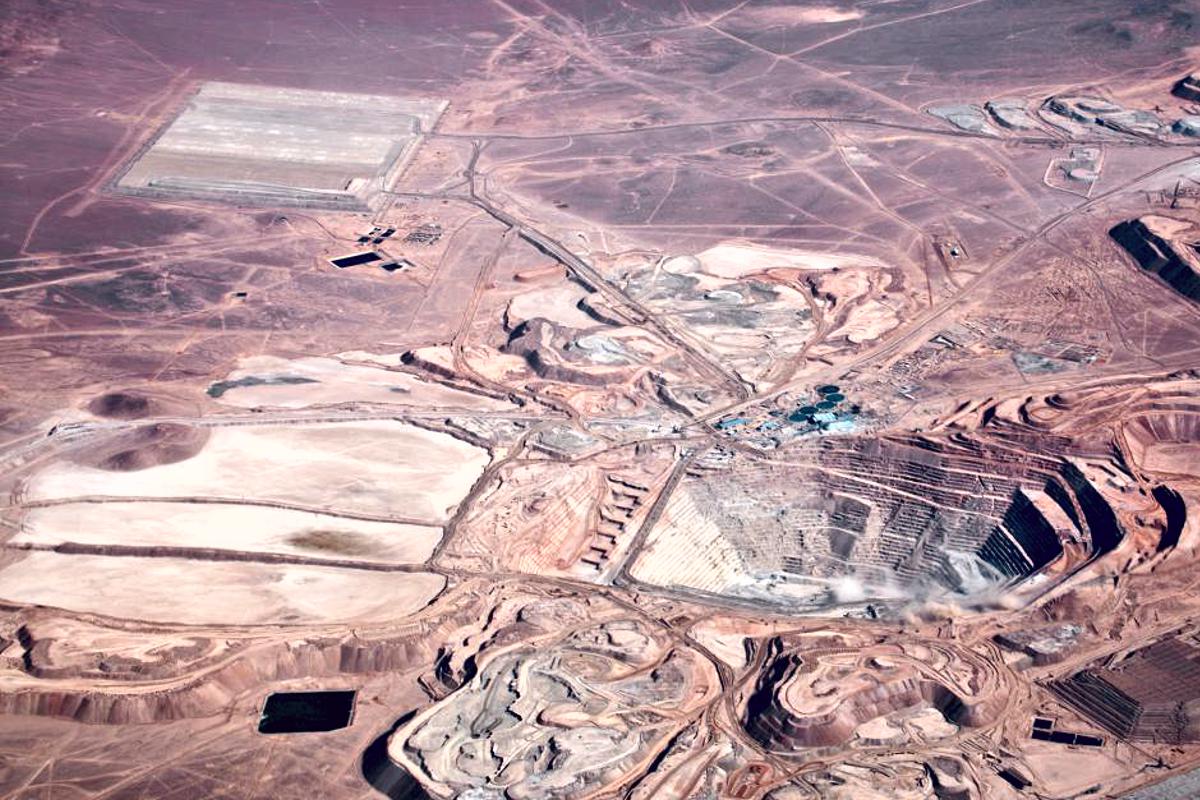 (Picture: A copper mine impoundment in the Andes.)

The small copper mining town of El Cobre in the path of the flow was annihilated with over 200 deaths occurring.

This failure was triggered by a 7.5 Richter magnitude earthquake.

The first impoundment (Antiguo) was commissioned in 1930, but after a new (Nuevo) dam was constructed in 1963, the Antiguo (old) dam was used only periodically as a standby.

The dyke had been built by upstream hydraulic filling, and the downstream slope of the dyke was 35 m high at the time of failure.

The epicentre of the earthquake that resulted in the failure of these structures was 70 km from the dam with a focal point at a depth of 61 km.

During the quake, a cloud of dust arose from the dried surface of the only periodically used impoundment.

The flow failure continued for 20 minutes after the quake had ended, as 1.9 million m3 of a total storage of 4.25 million m3 of tailings flowed down a dry valley for a distance of 12 km. The speed of the flow must have been about 20 km/h.

The cause of collapse was ascribed to soil liquefaction in dynamic conditions.