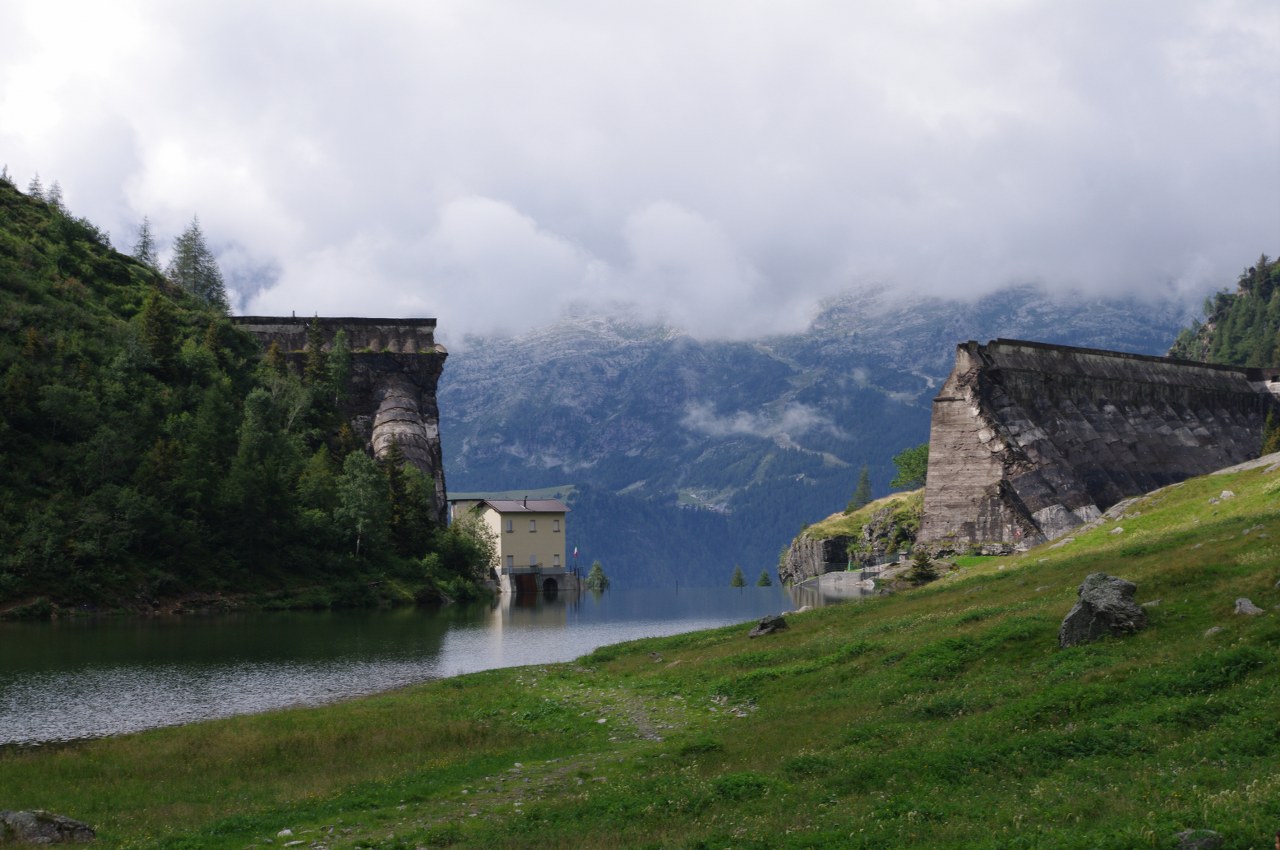 On 1st December 1923, the failure of the Gleno dam caused a huge disaster, which devastated the Scalve valley in the province of Bergamo in Lombardy (northern Italy).

From the reservoir at 1500 m a.s.l., 6 million cubic metres of water, mud and debris poured down the slope as far as Lake Iseo in just half an hour.

356 people lost their lives, although the final toll of victims is still uncertain.

At 7:15 hours, the central pylon of the dam collapsed and the imposing mass of water poured over the valley, destroying everything that it encountered in its path, preceded and aggravated by a frightening displacement of air.

This dam, which was constructed between 1916 and 1923, was 260 m long and could contain up to 6 million cubic metres of water in a 400,000 square metre reservoir, fed by the torrents Povo, Nembo and other minor watercourses.

The purpose of this hydraulic work was the production of electric energy in the power plants of Bueggio and Valbona.

The people responsible for this disaster were taken to Court and the trials were held from January 1924 to July 1927. The person in charge of the company and the designer of the dam were found guilty and sentenced. From the examination of the facts, it resulted that works had been poorly carried out with a low budget. In addition, the Civil Engineering Board had checked the construction works in a superficial and inadequate way.